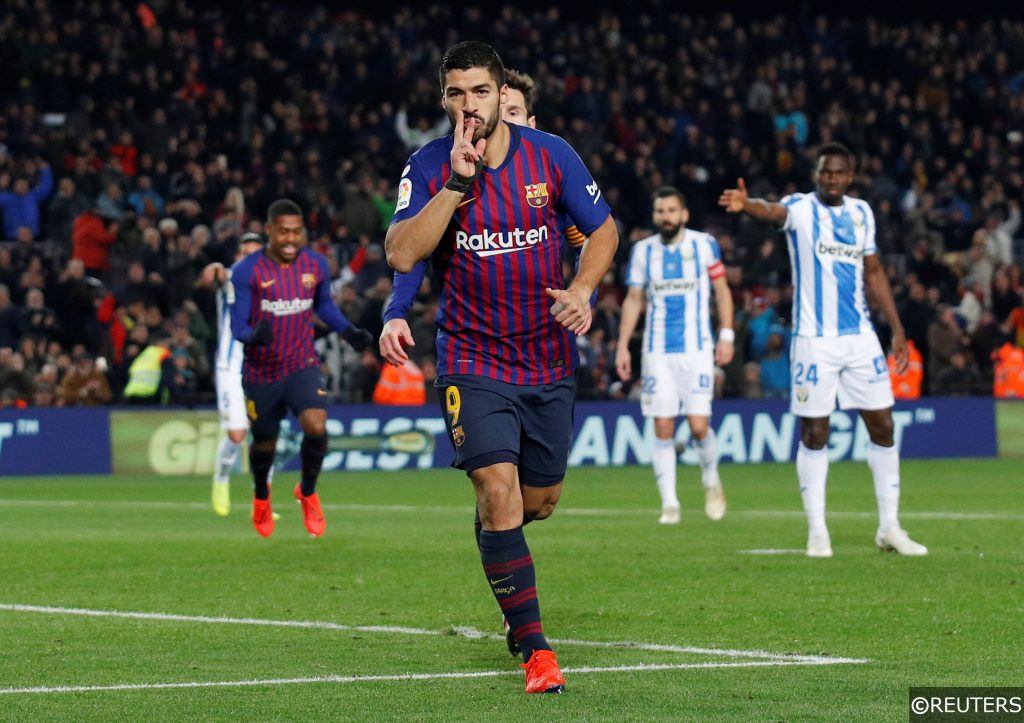 With Manchester City in the final of the Carabao Cup against Chelsea on Sunday, Liverpool and Tottenham know they have the opportunity to put pressure on the leaders. However, Liverpool face rivals Manchester United at Old Trafford in one of the most fiercely contested games in English and European football.

A win or a draw for Liverpool will see them go to the top of the Premier League, but it will be hard against a United side who have lost just once in their last thirteen games in all competitions. The Red Devils last tasted defeat back in December, when they were beaten 3-1 by Liverpool at Anfield.

Liverpool had drawn twice against Leicester and West Ham to hand the advantage in the title race back to Man City, but a 3-0 win over Bournemouth has put them back on level points going into this huge game.

This could be a defining game and result for Liverpool’s season. If they can come away from Old Trafford without defeat, they would be pleased, but could they go one better and take maximum points.

Liverpool to Beat Man Utd and Over 2.5 goals is 5/2 with MansionBet

Meanwhile, Tottenham, who have been without their top scorer, Harry Kane, have won four on the bounce to remain in the title race. They travel to Burnley who need the points to avoid being dragged back into a relegation battle. If Spurs do win the Saturday lunchtime kick-off, they will be just two-points off the top.

Barcelona now have a seven-point lead at the top of La Liga, following last weeks 1-0 success over Valladolid and Real Madrid’s surprise 2-1 defeat at home against Girona. Barca now face a tough trip to fourth-placed Sevilla at the weekend but they do have a cushion in the title race and can certainly come away with at least a point.

Our Spanish football tip is:

With Real Madrid losing last week, it saw city rivals, Athletico Madrid, move above them into second place after a 1-0 success at Vallecano. They will now face another team in the relegation zone in the shape of Villareal. Real Madrid will want to get back to winning ways, but it won’t be easy as they go to mid-table Levante.

Three draws in a row for Borussia Dortmund has seen them have their lead cut to three-points by Bayern Munich. Dortmund drew 0-0 at bottom of the table, Nurnberg, last week, and now face a tough home tie against a Bayer Leverkusen side who have won their last four games, to move up to fifth-place.

The pressure will be on Dortmund to secure maximum points, but Leverkusen arrive in great form and huge excellence and can secure another excellent result on Sunday.

Our German football tip is:

Leverkusen to beat Dortmund 2-1 @11/1 with MansionBet

Bayern Munich lost at Leverkusen at the start of February, but bounced have back with two wins against Schalke and Augsburg since. They now welcome Hertha Berlin to the Allianz Arena knowing they are still very much in the title race.

Monchengladbach remain in third-place going into their home fixture with sixth-placed Wolfsburg. RB Leipzig are in the final Champions League qualifying spot ahead of their game with Hoffenheim.

Juventus are heading towards another Italian title having built up a 13-point lead over Napoli. Juve will surely maintain or extend that lead when they travel to struggling Bologna on Sunday afternoon.

Our Italian football tip is:

Napoli have fallen off the pace after two consecutive 0-0 draws with Fiorentina and Torino, and now face a tricky looking trip to Parma – however, their hosts haven’t won in four games and have lost their last two.

This is a repost from my friends at Inplay Empire